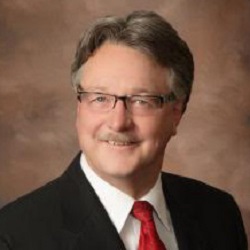 Mr. Richard (Rick) Hurley arrived on the campus of UMW in June of 2000 as executive vice-president and chief financial officer. He was responsible for all college operations except academic affairs. After serving twice as acting president he was appointed as the ninth president effective July 1, 2010.

He is credited with leadership and oversight of multiple construction projects. Other notable accomplishments include the successful completion of a five year, $50 million dollar comprehensive fundraising campaign, establishing the Center for Economic Development and forging strong partnerships in regional economic development efforts.

Prior to coming to UMW, Mr. Hurley was VP for Administration and Finance at Longwood University in Virginia, worked for a higher education association in Washington, D.C., and held positions at a community college and another four year public institution in New Jersey.