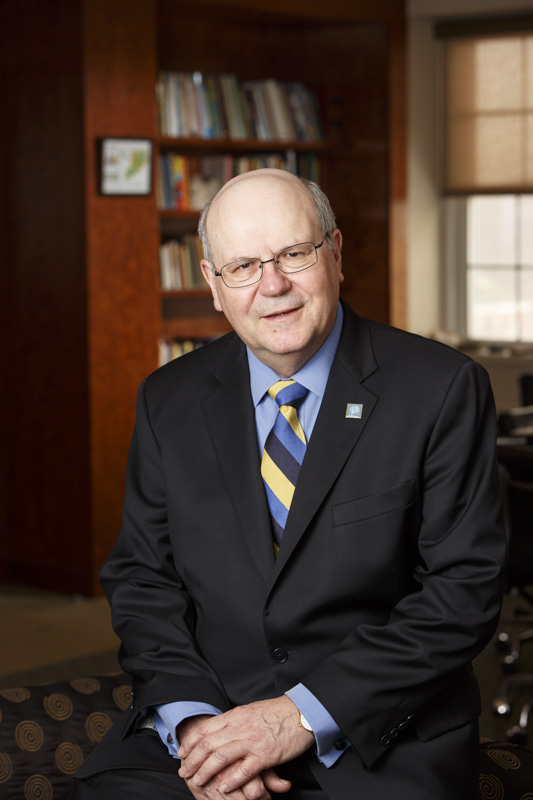 Dr. William J. Fritz has 40 years of experience in large multicampus urban public access institutions and systems with focus on student success. Most recently he served for nine years as President of the College of Staten Island, The City University of New York following four years’ service as Provost. Prior to CSI, Fritz served for 27 years at Georgia State University both as a faculty member and as Senior Associate Provost for Academic Programs and Chief Enrollment Officer.

At CSI, Fritz focused on establishing institutional legacy by blending, past present and future goals for both the campus and the community. This focus yielded a significant increase in fundraising, quadrupling the assets of the CSI Foundation and bringing in the largest gift ever, not only for the campus but for any non-for-profit on Staten Island. He focused on community engagement by positioning the college as a part of Staten Island, not apart from Staten Island. His on-campus themes were organizational structure, compliance, and facilities management for sustainability. Fritz took the CSI Dolphins from DIII to DII to improve recruitment of out of state and international students, to improve student success for residents living on campus in Dolphin Cove, as well as to improve community spirit.

At Georgia State, Fritz developed interdisciplinary Freshmen Learning Communities and other programs for student success that led to minority students having higher success rates then majority. There he laid the foundation for many programs that have since led to GSU becoming known as a leader in student success.

As a faculty member, Fritz is a widely published field geologist. Following Superstorm Sandy, he was instrumental in using the presidency as a bully pulpit for sustainable development of New York’s waterfronts. Author of a popular book on the Roadside Geology of Yellowstone, Fritz is an expert on the geology of southwestern Montana and on sedimentation around modern and ancient explosive volcanoes.